Main ideas behind the planning London’s 2012 Olympics. Buildings: the Olympic Stadium, the Aquatics Center, the Velodrome, the Basketball Arena and the Orbit tower. Comments by London’s Mayor, Anish Kapoor and Cecil Balmond.

END_OF_DOCUMENT_TOKEN_TO_BE_REPLACED

From Jump-start to Success 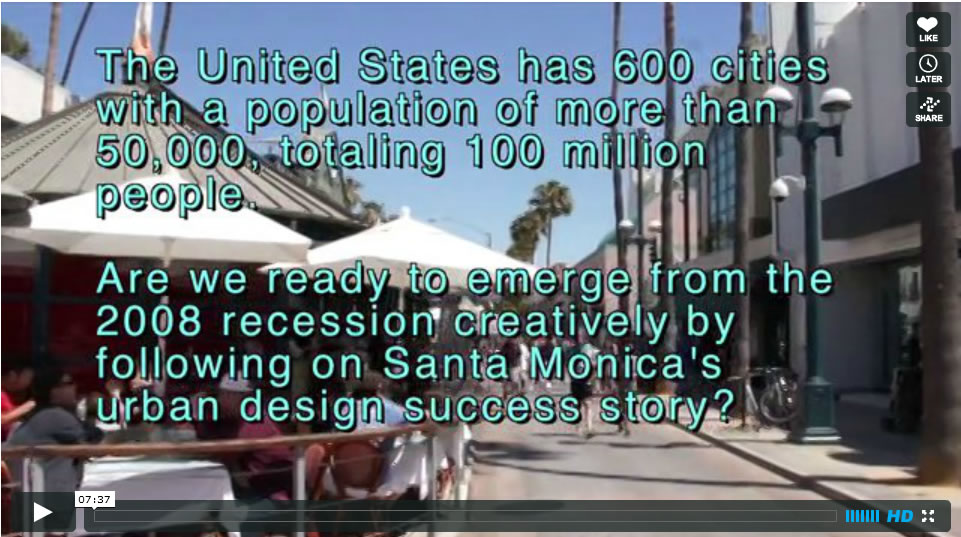 How did Santa Monica’s Third Street Promenade came to be what it is today?