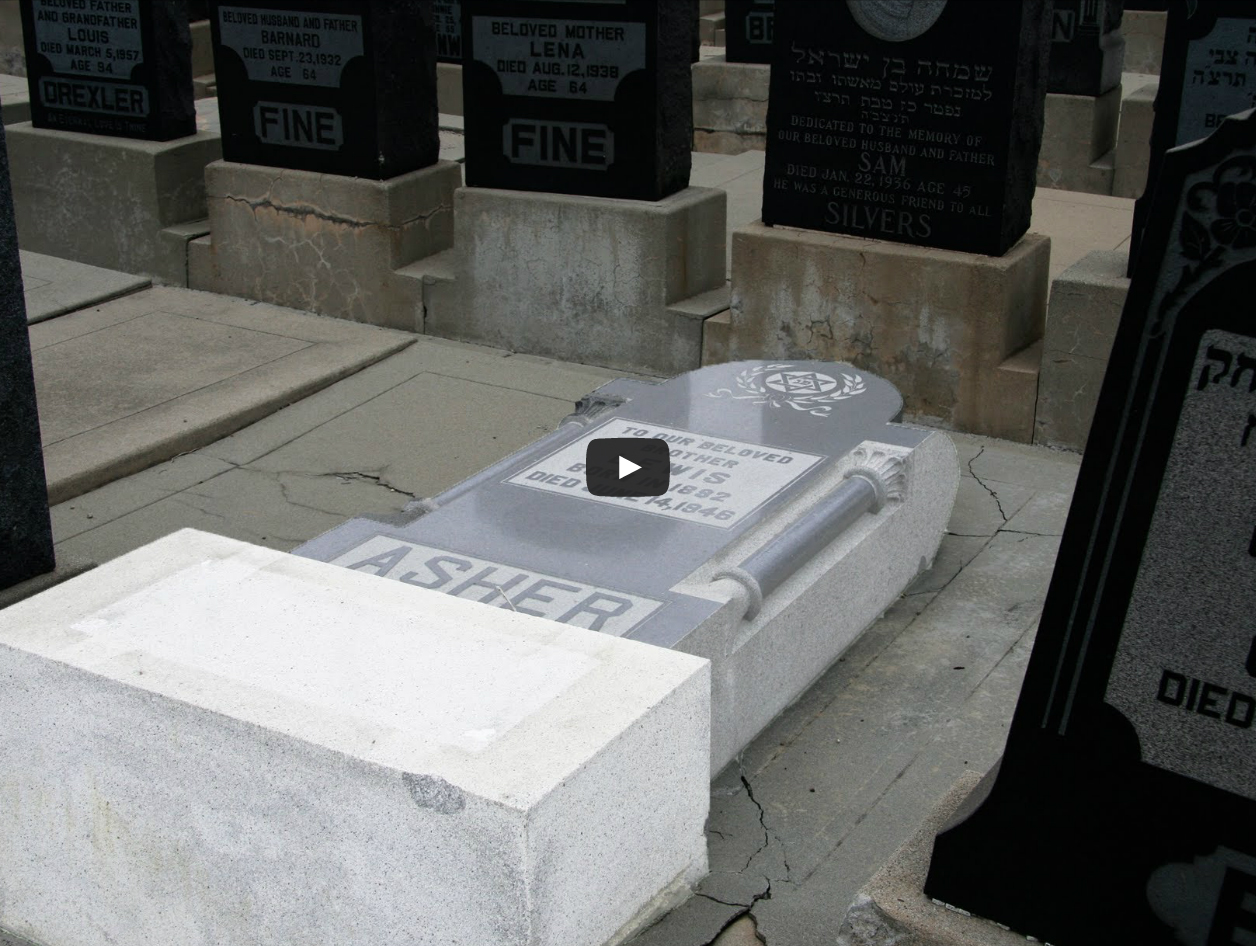 The sacredness of burial places is as old as human consciousness. Tombs and cemeteries have been an architectural subject since prehistory. It evolved from dolmens to mounds to pyramids to mausoleums to elaborate cemeteries to masterpieces of design, such as the Brion Cemetery in San Vito d’Altivole, near Treviso, Italy, designed by Carlo Scarpa. 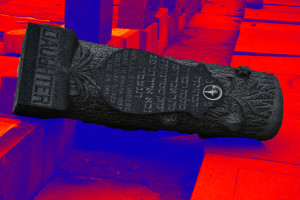 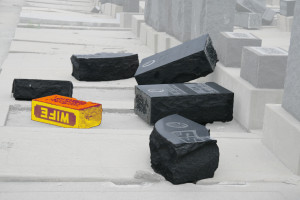 The Mount Zion Jewish Cemetery in East Los Angeles was founded in 1916 by the free Burial Society (Chevra Kaddisha,) it was intended for free burials of poor Jews. It is unlike its affluent neighbor, Home of Peace, where Hollywood legendary figures such as Louis B. Mayer, the founder of M-G-M; Carl Laemmele, the founder of Universal; and the brothers Carl and Jack Warner, founders of Warner Brothers, are buried. Mount Zion is almost entirely headstones, gravel and dirt.

The neglect that accompanies this place, just ten miles from downtown Los Angeles, is heartbreaking. Tumbled 1,000 pounds headstones and the portraits of children, women and men used as shooting targets are more than just a result of gangs’ vandalism. Reading between the lines, it shows deeply-engrained anti-Semitism mixed up with frustration, anger and ignorance. The current situation is not the consequence of “an act of nature,” such as earthquakes or ground settling. It is the consequence of acts of evil.

The optimistic side of this story is that Rabbi Moshe Greenwald of Chabad is organizing a fundraising campaign for Mount Zion’s repair. It is a step in the right direction, yet it could be furthered into a broader vision. Mount Zion could potentially become a visiting station for those wanting to learn about Jewish heritage in Los Angeles. Design subjects could include a new gate, patterned walkways, landscape architecture, lighting features and solid fences. It could also contain storytelling devises.

One could learn from the Igualada Cemetery, outside Barcelona, Spain. With simple materials – concrete, stone and wood – architects Enric Miralles and Carme Pinos conceptualized the poetic ideas of a cemetery for visitors to begin to understand and accept the cycle of life as a link between past, present and future. 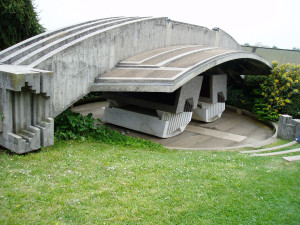