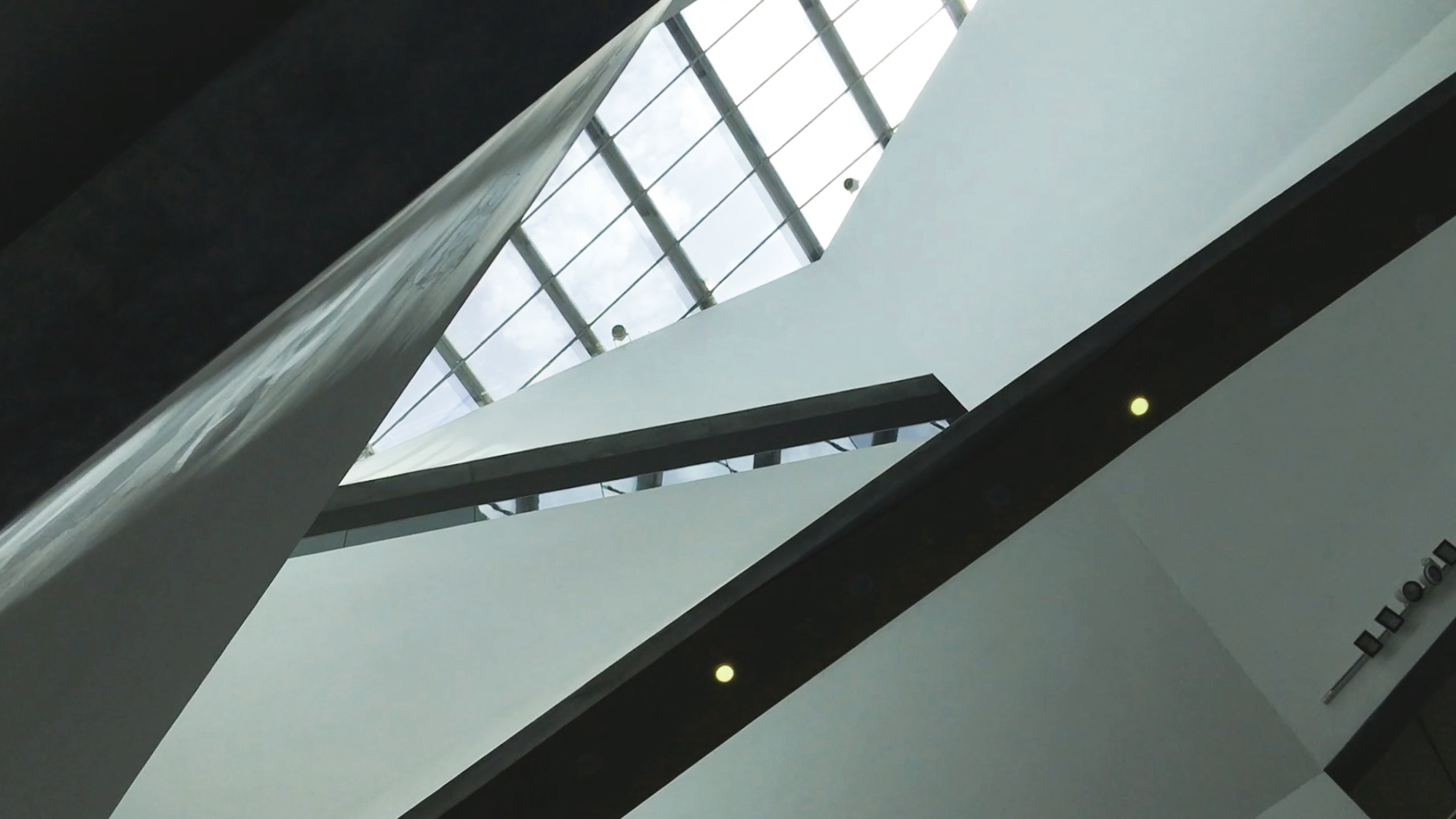 Tel Aviv Museum of Art from Rick Meghiddo on Vimeo.

The new addition and the museum’s main building are connected by a sculpture garden created in 1999. Although the language of the two buildings is totally different, and are part of a wider area that includes the Opera House, the Cameri Theater, the Beit Ariela Central Library and the Tel Aviv Courthouse, designed at different times by different architects, the whole maintains the kind of integrity that one may find in a garden in which different type of plants coexist.

The program for the new addition was demanding. Rectangular neutral galleries had to fit into a triangular site, which also had to accommodate a new art library that takes one third of the total 200,000 square feet, or about 18,000 square meters. The project’s main concept was the creation of an 87-foot-high atrium, called “the lightfall,” which brings natural light deep into the building.

One may argue whether the design belongs to the trend triggered by the “Bilbao Effect,” which resonates in the works of Zaha Hadid and Daniel Libeskind, or whether it appropriately responds to functional needs, or whether fifty-five million dollars have been well spent. Social agendas, important as they are in decision-making, must also take into consideration the intangible artistic value that a building can provide.

In spite of the building trendy aspects, I think that the space and the use of light of the atrium well to the feelings of the visitor, and bring a poetic contribution to this vibrant city full of contrasts.