Posted by Rick Meghiddo on Friday, February 24, 2012 · Leave a Comment 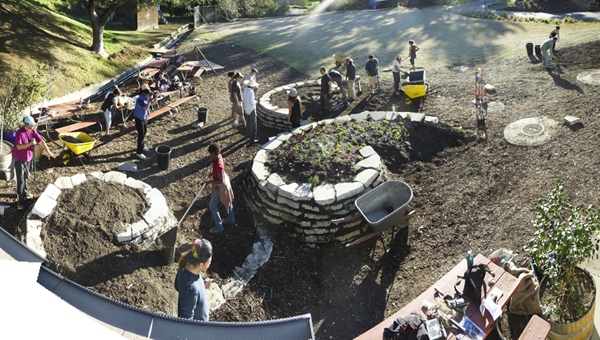 Since humans were first able to see the Earth from outer space, the global consciousness of “where we live” has changed dramatically. What had been foreseen by the writers of the Bible, by Lao-Tse, Buddha, Confucius and the Greek philosophers, by Darwin and Wright through observation and introspection, was first seen, in the late 1960s, by Russian and American astronauts. Buckminster Fuller called our planet “Spaceship Earth.” Paolo Soleri called his Utopian thinking “Arcology.” Researchers throughout the world started to look for a systematic approach to ecosystems.

A consciousness of “energy-conserving design” and of ‘the limits of growth” were born. Sustainability became an accepted word beyond the frames of academia. British economist E.F. Schumacher published “Small Is Beautiful: Economics As If People Mattered;” Bill Mollison and David Holmgren started developing ideas in Australia about stable agricultural systems that became to be known as  Permaculture, “a theory of ecological design which seeks to develop sustainable human settlements and agricultural systems, by attempting to model them on natural ecosystems.”
Evolving through the path of Wright’s organic architecture, my wife became interested in urban farming her since her days as a UCLA student. More recently, Permaculturecaught her interest and she started to learn about its philosophy and methods. A few weeks ago she was scheduled  for a weekend workshop on Permaculture. She asked me to join her.

“We need someone to document the process. You can photograph the event and also  practice some video recording,” she said.
“Where is it?” I said.
“In Calabasas. It’s around Malibu Canyon, off Las Vírgenes Road” she said. “The workshop is at a special kindergarten and elementary school. It’s based on the Reggio Emilia approach to teaching. It’s also very ‘green.’ It sees the environment as the child’s ‘third teacher.’”
“What’s the workshop’s purpose?” I said.
“Our group has to build a kitchen vegetable garden for the school’s kids. It’s part of our training,” Ruth said.

Saturday was a gorgeous January day. The temperature was in the lower 70s.  The drive from Long Beach took about one hour. When we entered Las Vírgenes Canyon Road, I noticed to the right the Malibu Hindu Temple, built in the traditional South Indian style. A few hundred yards down the road I saw a sign that read ”Muse School.” 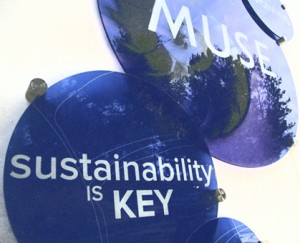 “This is the place,” said Ruth. I turned left.

As soon as we crossed a wooden gate, a breathtaking view of the Santa Monica Mountains opened in front of us. We stopped the car to take a look. I got out and shot several sequential photographs, to turn them later on into a pano-photo.

“Hard to belief,” said Ruth. “We are surrounded by nature being at less than 20 miles from Downtown L.A.

The buildings of the 22-acre campus were articulated at the bottom of a small valley. I drove down a steep road and parked the car. We were greeted by Leslie Joy, the school’s chef and teacher of seed-to-table Kitchen and Garden Program.  Larry Santoyo, the permaculturist leader of the workshop, who had been doing improvements on the site, was already there talking to a group of volunteers.

I went for an exploration walk around campus. The setting was serene. The buildings were subdued, without claiming attention. The area was dotted with spread points of reference: a tree house, an iron sculpture in the shape of a dinosaur, a geodesic dome, a metallic cylindrical columbarium and a wooden tower. At the center of a sloping court run a fountain that mimicked a stream. It included sensual sculptural components that blended with landscaped rocks and flowing water.

The school had been recently founded by two sisters, Suzy Amis Cameron and Rebecca Amis. Its mission statement read:

“Inspiring and preparing young people to live consciously with themselves, one another, and the planet.”

It didn’t take long for me to understand why the place had captivated me instantly. Connecting dots, it became clear that Reggio Emilia, Montessori, Rudolf Steiner’s Waldorf Method, Wright’s Organic Architecture, sustainability and Permaculture were all part of a similar holistic approach to environmental design in tune with nature.

The workshop was intense. In two days, forty volunteers built a vegetable garden by the school’s kitchen. It had been designed as three raised beds in the shape of fractals-like spirals. The group moved ten tons of recycled concrete slabs, gravel and organic soil and planted one hundred container-grown plants.

The workshop had much larger implications than its explicit purpose. From rebuilding cities based on ecological principles to creating sustainable neighborhoods, I could imagine the potential for likewise actions taking place all over the world. The scale could range from private backyards to schools’ yards, could include residential and commercial developments, parks and public spaces; could green the top of unutilized roofs and mask ugly facades by the millions. I could imagine how, using sustainable technology, organic architecture could bring back to the realm of architecture spirituality, wholeness and social consciousness.