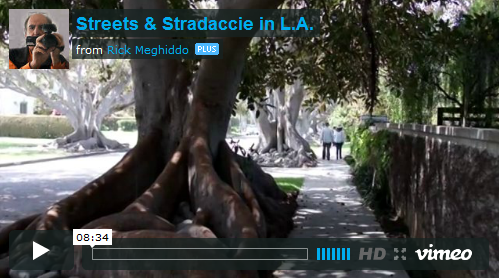 Stradaccie (pronounced stra-da-che) means “ugly streets in Italian. It is the plural of stradaccia, a pejorative of the Italian word strada, street. 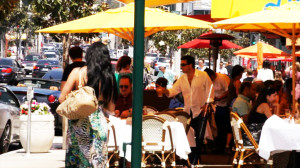 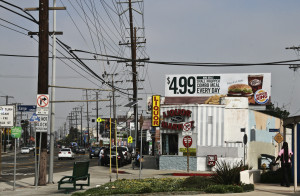 The street is the primary urban space for people. It acts upon us 24/7 throughout our lives. It not only synthetizes what we are as a culture, but it also contributes in shaping what we are as individuals. 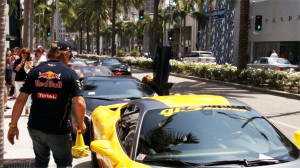 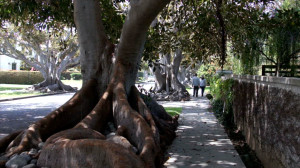 There are some nice streets in L. A. and there are also many stradaccie: crude, disjointed, cacophonous boulevards and avenues.

They stimulate our eyes with multiple shapes and colors but are unlikely to give us a sense of wholeness. The problem is not an aesthetic one – ultimately, beauty is in the eye of the beholder. The problem is that the future of the American city may depend on the way our arteries continue to develop and be redesigned.

Why is this important? Because for both ecological and economic reasons, urban density must increase. There is a widespread view among architects and planners that the best place for it to happen is along urban corridors, particularly those having or being capable of holding public transportation. The advantage of this approach is that most residential neighborhoods may continue to exist at the present densities while being at walking distance from urban corridors. It is a way of “having the cake and eat it.”

Increasing density along urban corridors implies “mixed-use,” which generally is understood as “residential and commercial,” one on top of the other. Yet there are many other functions of public need and interest that can be located along urban corridors: libraries, schools and institutional buildings, to name a few. 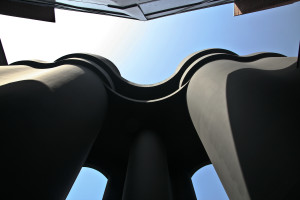 The idea is to look at some of L.A.’s streets not as tourists but rather as observers of the multiple messages they carry. Learning from these, we may continue to re-invent and design an urban future in which the focus shall be on spaces for people.

Architecture historian Spiro Kostov wrote in The City Shaped: “Cities are amalgams of buildings and people. They are inhabited settings from which daily rituals – the mundane and the extraordinary, the random and the staged – derive their validity. In the urban artifact and its mutations are condensed continuities of time and place.”

There are many stradaccie, not only in U.S. cities: Paris, Rome, London, Buenos Aires carry their good share of them. Like babies which demand our attention by crying, billboards, graffiti and flashing neon cry “we are here and we’re not going anywhere; hold us in your arms and love us.” It’s time to bring their voices into the drafting boards.