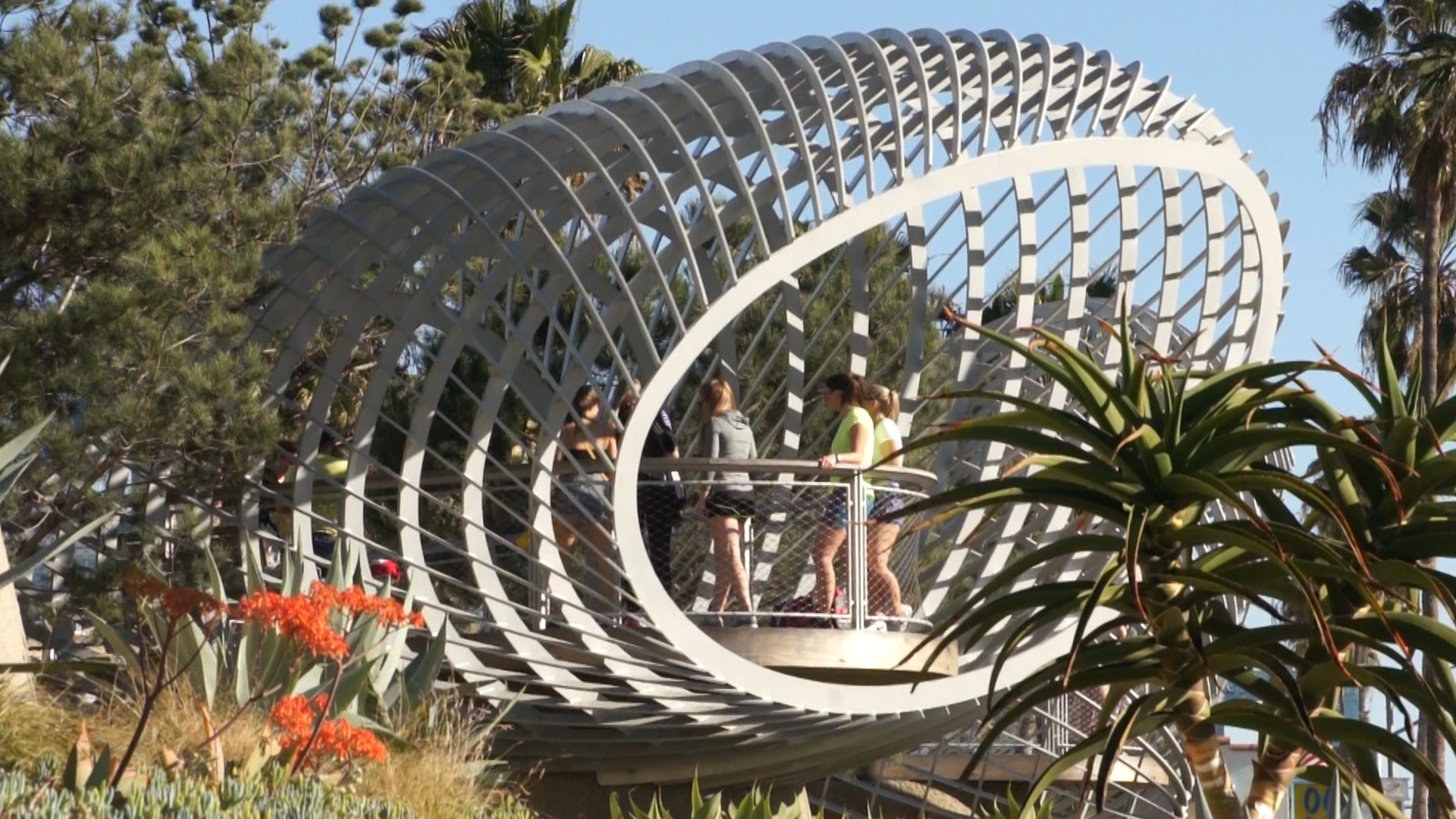 Tongva Park in Santa Monica is a unique model of sustainability and Organic Architecture, sensitive to the site’s geological and human history. It was designed by  James Corner Field Operations to turn the area into “a new destination and gathering place of great social, ecological, and symbolic value.”

During February of 2016, we were invited to see a performance at the park by Elizabeth Yochim, a dancing art historian who acts in public spaces. The encounter with both the park’s design and the Angelbird’s dancing was captivating. 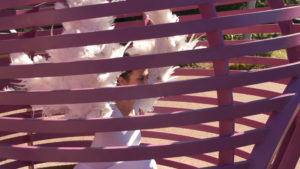 I began to study about the park’s history. I went to the park to shoot for the second time, but the editing was derailed by other projects and the footage remained dormant. In the meantime, When I learned that its main designer was British-born landscape architect James Corner and his New York firm Field Operations, I started to connect the dots. Corner had been one of the leading architects of Manhattan’s High Line, in collaboration with Diller Scofidio + Renfro (the Broad’s architects) and Piet Oudulf. It has been one of the best urban design projects since Paris’ Promenade Plantée and  Parc de Bercy.

The Tongva nation, also known as Gabrielinos (the way the founders of Mission San Gabriel Arcángel called them) were a Uzo-Aztecan-speaking people who moved into coastal Southern California 3,500 years ago. Prior to the arrival of Europeans, the Tongva excelled at building homes and sea-worthy canoes. A Tongva hut, or ki, was usually constructed with tule or willow reeds and resembled a large dome in its design. A Tongva canoe, or ti’at, was made of wooden planks sown together with tar or pine pitch and could hold as many as twelve people. Ti’ats were used for fishing and for transport to the islands that are now known as Catalina and the Channel Islands. The Tongva ki was very architecturally efficient because of its design, which gave the structural stability to withstand an earthquake.

James Corner’s thoughtful plan based its design on the theme of the arroyo, the local geology, and the Tongvas heritage. The park is dominated by a series of winding paths and modest hills thickly planted with a mixture of native and drought-tolerant native plants. Original plants on the lot were preserved, and over 300 trees and thousands of plants were added to flush out the landscape. 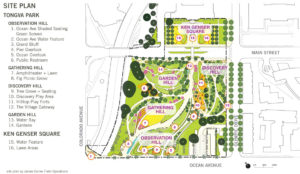 Water features, as reminders of the arroyo, are potable, so that children can play in them. LED lighting reduces energy use, and materials were carefully selected to focus on non-tropical hardwoods that have been sustainably forested. Local aggregates and stone, recycled content materials, low-VOC paints, sealants, and adhesives, and soy-based anti-graffiti coatings are all components of this green symphony. A small park right at the foot of City Hall is called Ken Genser Square, in honor of the city’s late mayor. The fountain at its main entrance seems to be a favorite gathering place for seagulls. 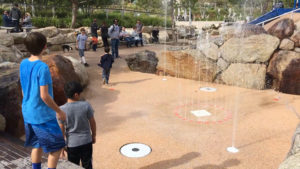 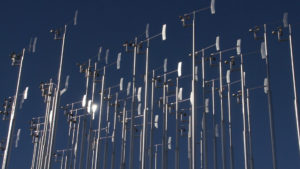 The central public art feature by artist Iñigo Manglano-Ovalle, Weather Field No. 1, is a site-specific sculpture composed of 49 telescoping stainless steel poles aligned in a highly ordered grid. Each pole supports a weather vane and anemometer. These finely tuned instruments are designed to accurately respond to prevailing wind conditions.  Weather Field strikes a balance between the order of the instrument grid and the unpredictable response of its kinetic elements to produce its own microclimate. It is a constant reminder of our connection to both local and global conditions.

I went to shoot for the third time. I decided that the time had come to produce a short documentary that would link the park with people, with the invisible spirit of the Tongvas, and with the metaphor of the Angelbird.