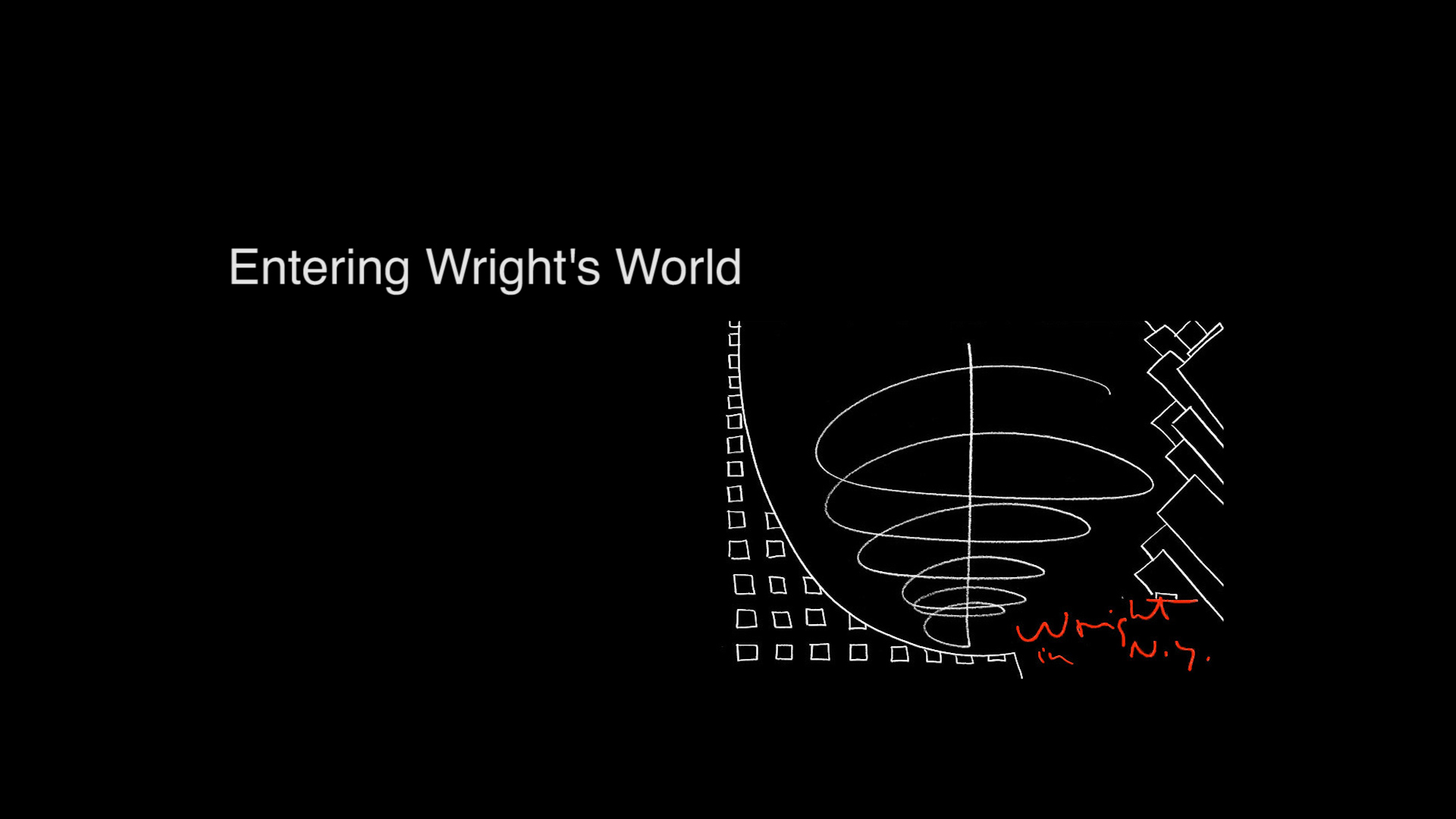 At the time of his death, the world’s population was three billion. Today it is 7.2 billion, likely to become ten billion by mid-century. We must confront sustainability, higher mix-use urban density, working space closer to dwellings, less dependence on the car, food production closer to home, flexible prefabrication and self-help.

There is no substitute for reading Wright’s prolific writing while filtering “the Wright’s Style” from his principles. There is no alternative to walking through his spaces, to absorb them in their totality – fluidity, scale, light, views and details. To take Wright’s words literally would be as misleading as all dogmas are. Wright’s principles of Organic Architecture can be understood and reinterpreted to match the needs of our time.

Here is my take:

2. Continuity, physical and spatial, is as essential for organic architecture as the relationship between skin, muscles, bones, organs, blood, and nerves.

4. Human scale is the only scale of architecture, and it should not be confused with “size.” Human scale defines the relation to purpose. Bernini’s Saint Peter’s square is at human scale, in spite of its size. Fascist architecture, whether governmental or corporate, is not.

Flashback: we were recently graduated architects, influenced by our master teachers and mentors, Prof. Bruno Zevi and architect Luigi Pellegrin, when we decided to come to the United States to experience Wright by ourselves. Together with our friend Viviana Campajola, we embarked on a “Wright pilgrimage” that took us through ninety-six of his works along more than twenty states.

Following are some samples of photographs we shot during our trip (click on the link.) They are presented here for the first time. After more than 40 years we remain amazed at seeing how much of Wright’s architecture withstood the passage of time. His works look as fresh today as when we visited them.

Let’s face it: the world won’t stop at ten billion. The order of “pragmatic idealism” remains unchanged, independently of scale, place or time: DREAM first, then PROGRAM and quantify, then DESIGN, and then BUILD.

– For The Wright Way gallery of selected photos, click here.

– A great PBS visual biography of

THE MIKE WALLACE INTERVIEW with Wright, 1957.

– One of the best books about Wright: