Posted by Rick Meghiddo on Tuesday, October 31, 2017 · Leave a Comment 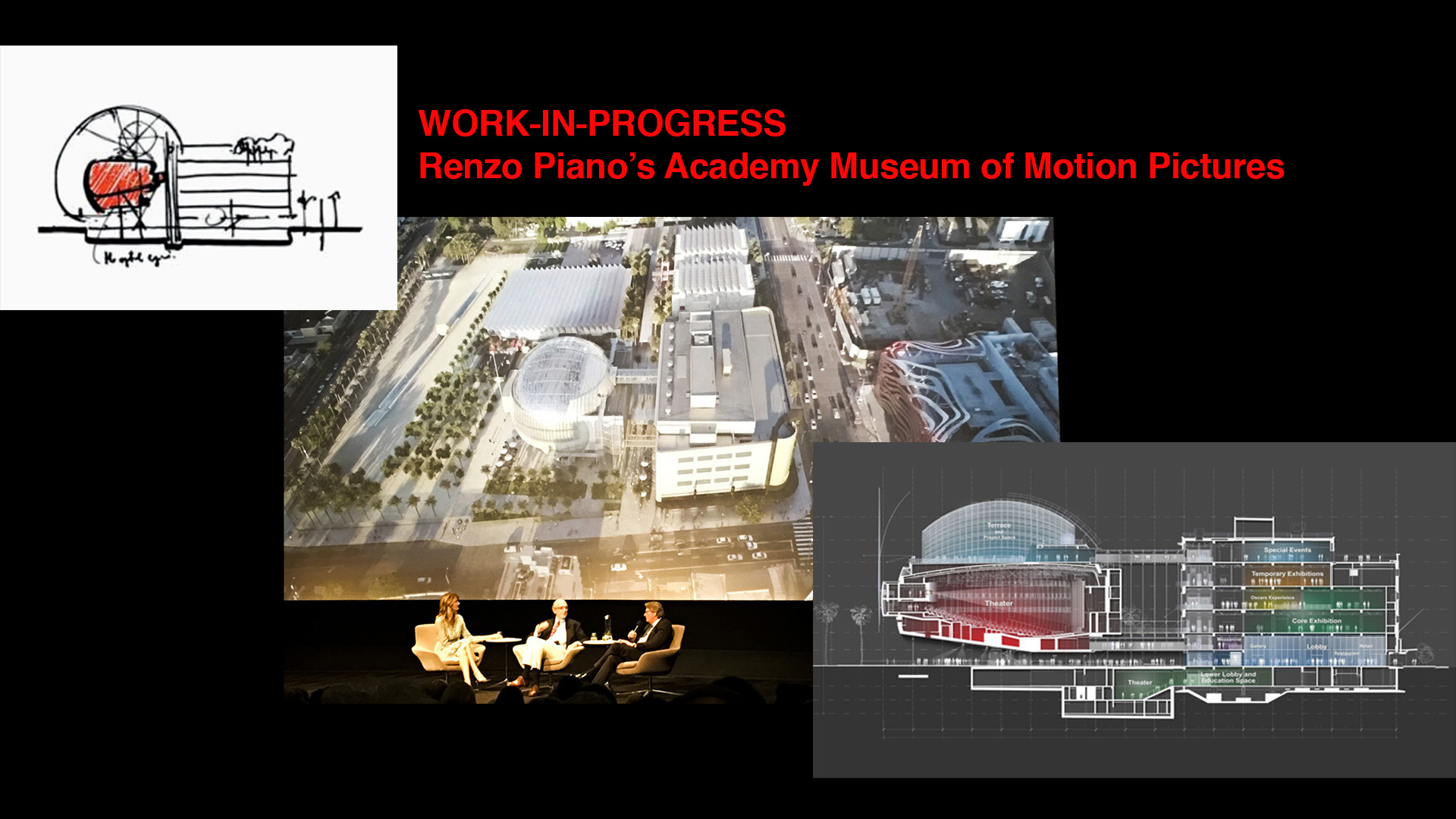 We live immersed in architectural spaces throughout our lives. Filmmaking tells us stories through space, light, motion and human scale. The Acadamy Museum of Motion Pictures offers an opportunity to make tangible the connection between the two sisters’ arts. 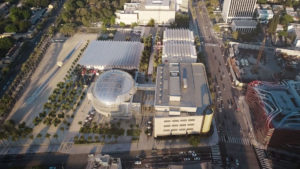 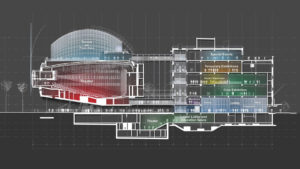 Both crafts have many things in common. They both are realized with the help of a team guided by a creator. On both disciplines, a spatial sequence is critical. In architecture, we perceive space as we move. In cinema, the spatial movement comes to us linearly, as may have been defined through editing.

Both disciplines interact with the other arts. Both must control sound, operate at different scales and deal with significant costs for their realization. Both create stages, one for everyday life, the other as a background for a story.

Architecture’s fundamental difference lays in its materiality. It deals with the law of gravity and with the nature of materials: strength, weight, texture, color, shape, durability. Yet the thinking process of architectural design and filmmaking is the same: we first dream, then we program/script, then we design/shoot, then we build/edit and finally we occupy/distribute. Criticism follows!

What does the museum’s “program/script” tell us? There are two main components: exhibitions and movie screenings. The exhibitions will be housed within the 1939 May Co. building, at the corner of Fairfax Avenue and Wilshire Boulevard. The main screenings will be presented in the new 1,000-seat state of the art theater.

To emphasize the contrast between the existing building and the theater, Piano chose to formalize the later with a sort of molded sphere “suspended in space,” mostly cantilevered, standing on mayor pillars. This approach reminds me both Michelangelo’s structural support of Saint Peter’s dome and John Johansen’s Mummers Theater in Oklahoma City, more than Bucky Fuller’s dome.

The overall context couldn’t be more eclectic. Within the LACMA campus, old and new “connect” only by adjacency. Michael Heizer’s “Levitated Mass” , reminding us that we are still standing on the Earth, is in total contrast with everything else. The Petersen Automotive Museum, at the opposite corner of the intersection, wraps around with metal ribbons a Bernard Tschumi-like red box, bringing to the scene a sort of caricature of adaptive-reuse. In a way, the whole area represents ultimate Los Angeles’ exiting disjunctions.

Using filmmaking techniques to communicate architecture, short of providing the physical experience of moving through space, can bring to the viewer much more than a succession of single frames. It can create associations with other places or stories, it allows for multiple perceptions in seconds, it can use drawings, photography, and art to illustrate a point. The film at the top of this blog tries to express that. 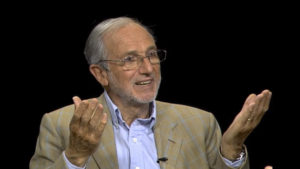 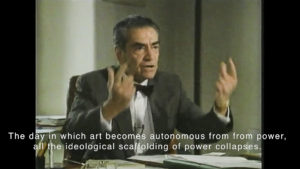 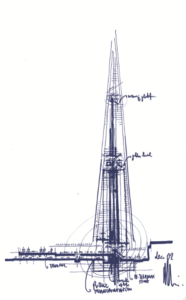 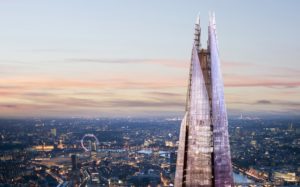 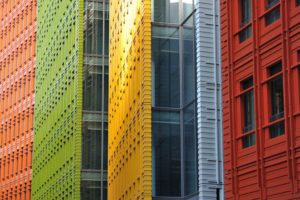 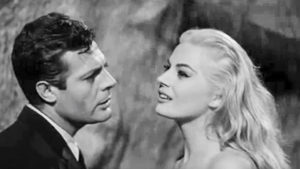 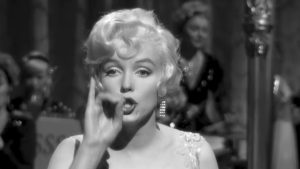 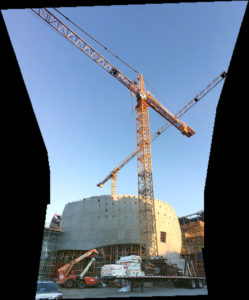