A Destination for Learning 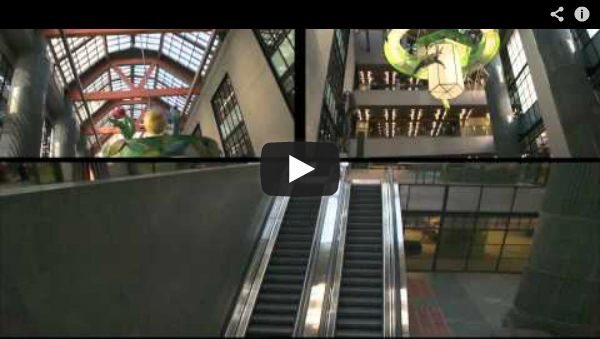 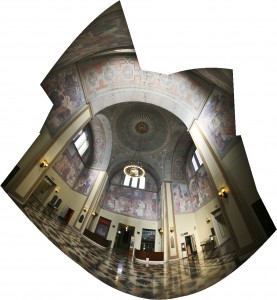 The design of libraries is an intriguing subject, particularly in days when newspapers shrink, bookstores close and budgets for education get slashed. Billions of people in constant state of distraction acquire much of their knowledge from messages that don’t exceed 140 characters. Why is it that libraries remain an important subject today?

Public libraries are a symbol of a democratic access to knowledge. They are open to all. Access to them is not mandatory. And unlike internet, they turn learning into a social activity, even for loners.

The Los Angeles Central Library is a complex building. Although from an historic point of view is not and has never been a work at the forefront of architecture, it succeeded in becoming a stimulant learning destination.

The original building was completed in 1926. Its architect, Bertram Grosvenor Goodhue, had died two years before its completion, at the age of fifty-five. Born in 1869, he was only two years younger than Frank Lloyd Wright. Although he had a successful career designing governmental and military buildings, churches, libraries and the private houses of politicians, nothing in his work shows an inclination to explore a language of architecture contemporary to his time. He was a Beaux-Arts architect designing revivals of historic styles. Yet on many of Goodhue’s buildings, Lee Oscar Lawrie, one of the greatest American architecture sculptors, was frequently a senior member of his team.

Lee Lawrie is the real hero of LA’s public library. He was trained in Beaux-Arts’ Classicism, but he evolved later in his life into Art Deco. His long career exceeded 300 works throughout the country. His most notorious artworks are part of New York’s Rockefeller Center, particularly his freestanding statue of Atlas on Fifth Avenue. Other works include the University of Chicago’s Rockefeller Chapel, the allegorical relief panels of the United States Senate, the Louisiana State Capitol, the statue of George Washington at the National Cathedral in Washington DC and the Harkness Tower of Yale University.

Architecture historians classify the library as “Egyptian and Mediterranean Revival architecture.” That is an oversimplification. Its decoding is much more complex. Both Goodhue and Lawrie were Freemasons. The library is dominantly inspired by Freemasonry symbols: the library’s tiled pyramid on top, the Statue of Civilization with its two sphinxes and many of the facades’ bas-reliefs come from Freemasonry’s philosophy. 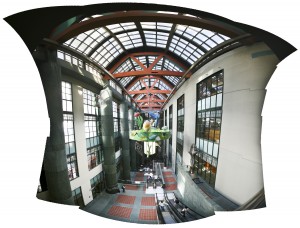 Sixty years after it was completed, in 1986, an arson fire destroyed 400,000 volumes and damaged the building. In 1998 Norman Pfeiffer was commissioned to restore the original 225,000 square foot building and to add 330,000 square feet. The new program included a board room, meeting rooms, a conference center, a 235-seat auditorium, a cafe, a bookstore, offices and 1.3 acres of public space. Nine linear miles of bookshelves were previewed.

Pfeiffer’s architecture was under the influence of 1980s Post-Modern Architecture revivalisms. Pfeiffer seems to have been infatuated by Egyptian architecture’s grandiose scale, as his work showed both at the library and at L.A.C.M.A.’s Anderson building, inaugurated in 1986. The library’s main atrium, which resembles more a train station than a livable public space, fills however an important function: it brings natural light from within the building to its eight floors, some of them bellow grade level.

My first shooting at the library was on a Saturday afternoon. The place was packed with people of all ages. I decided to come back on a weekday, to see how it works during downtown’s busy business hours. Once again, it was packed. In spite of its nostalgic architecture, the building felt extraordinary.

“Why? What is right here?” I asked myself.

After some thinking and wandering through the building back and forth, I came to these conclusions:

Many artists have contributed to the building during its renewal. A short list includes Renee Petropoulus vividly painted the Goodhue’s building first floor lobby; Therman Statom’s the three hanging chandeliers in the Bradley Wing atrium; Anne Preston’s  thirteen lanterns for the escalators’ landings. The gardens were enriched with artworks by Jud Fine, Laddie John Dill and by landscape architect Lawrence Halprin. All these came in addition to Lee Lawrie’s works, Dean Cornell’s paintings at the Lodwrick M. Cook Rotunda, Albert Herter’s California History Murals in the Children’s Literature Department, and the Ivanhoe frieze at the International languages Department by Julian E. Gansey and A. W. Parsons.

People don’t read anymore? I thought so. I may be wrong. Anyway, for those who don’t read much, a visit to Los Angeles Central Library may cause to change their habits.

10 Comments on “A Destination for Learning”