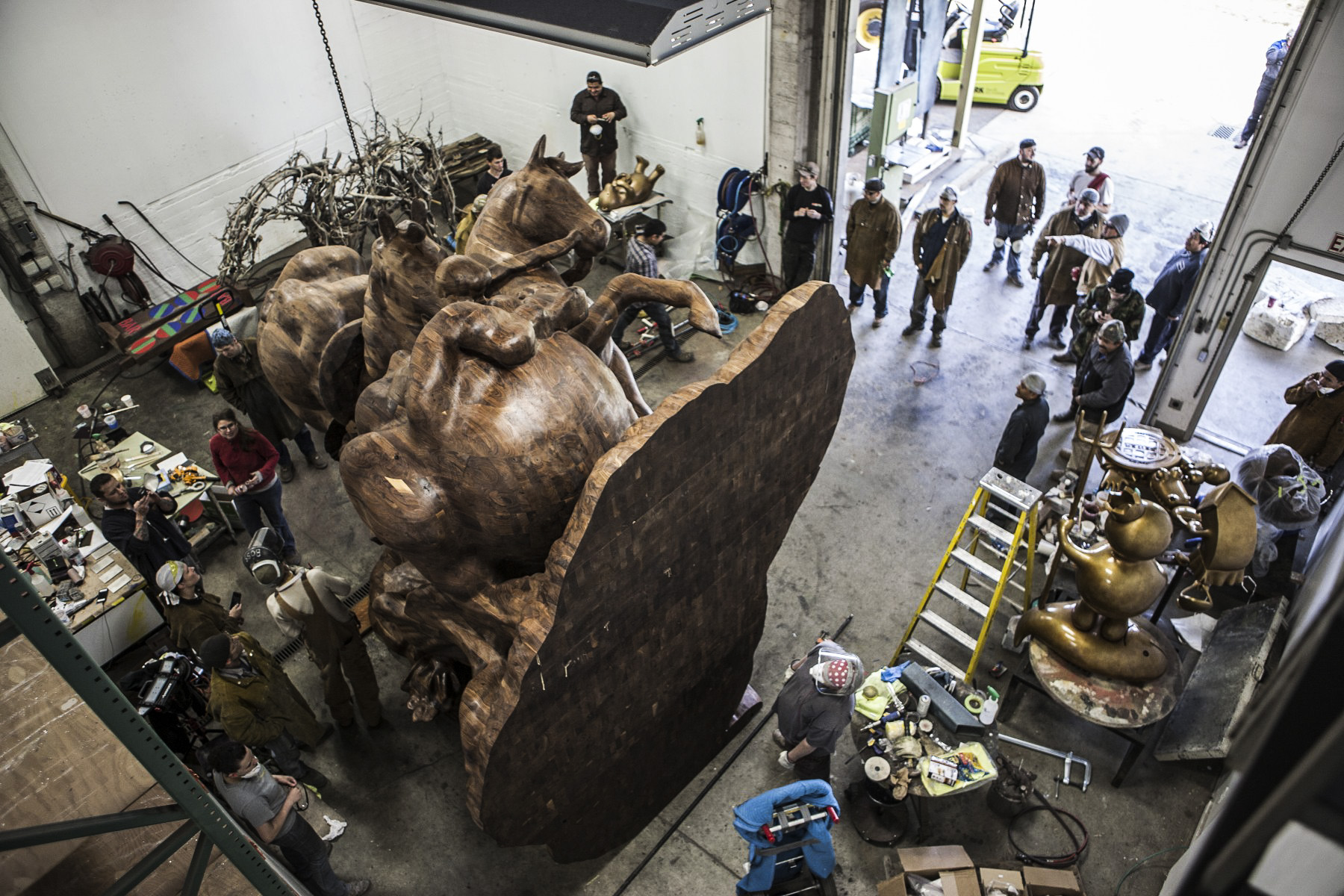 McCarthy titled his works “WS Spinoffs,” ”Wood Statues” and “Brown Rothkos.” The word “spinoff” is precise. In media, a spinoff is a radio or television program, film, or any narrative work, derived from one or more already existing works, that focuses in more detail on one aspect of an original work. In this case, the Snow White tale and Rothko’s paintings.

My reaction to the exhibition was more visceral than intellectual and so is my short documentary, “Tangoing with Paul & Amigos.” I made a sort of non-scripted “spinoff” that includes free association with like-minded artists and some memories from my Argentinean upbringing. The tango music is a metaphor of a dynamic nonlinear fluidity.

I tried to imagine the statues made out of white marble. The conflicts, sarcasms and subtleties they contain would become more evident, such as Bernini’s positioning the Rio de la Plata River sculpture in Piazza Navona as fearing that the facade of Borromini’s church of Sant’Agnese would crumble over him. But McCarthy’s choice of dark walnut wood is intentional. It makes harder to see the thematic at first sight. The eye is caught first by the craftsmanship and by the large scale as macro-layers of a complex composition. 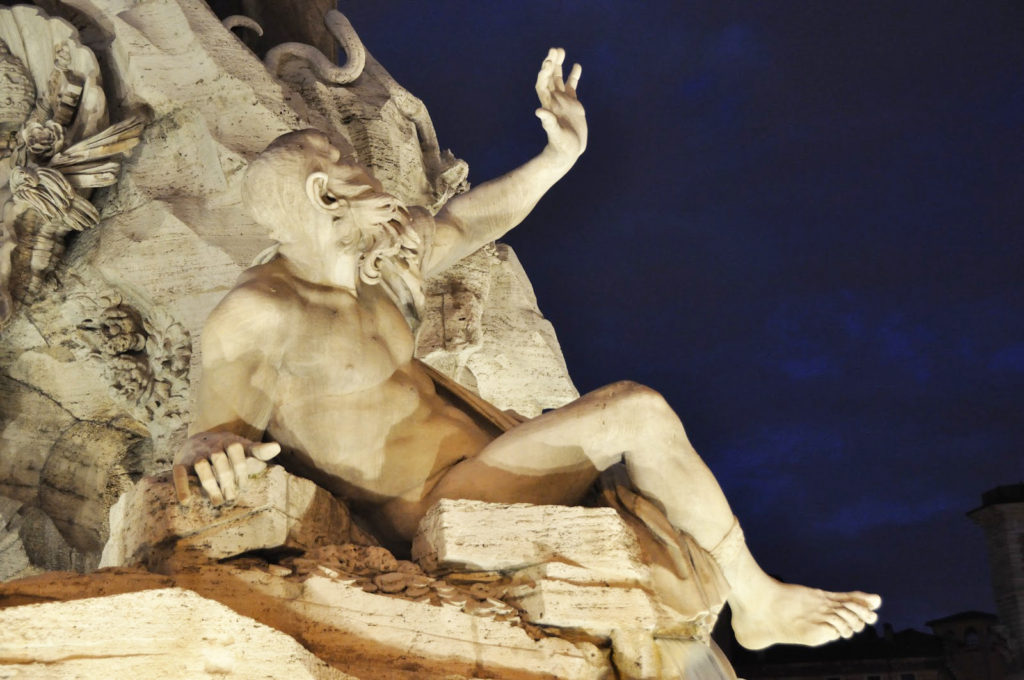 The abstraction of the hanging Brown Rothkos, made of foam and sprayable polyurethane coating, resemble melting lava and brings a powerful contrast to the statues. They are both at an architectural scale. 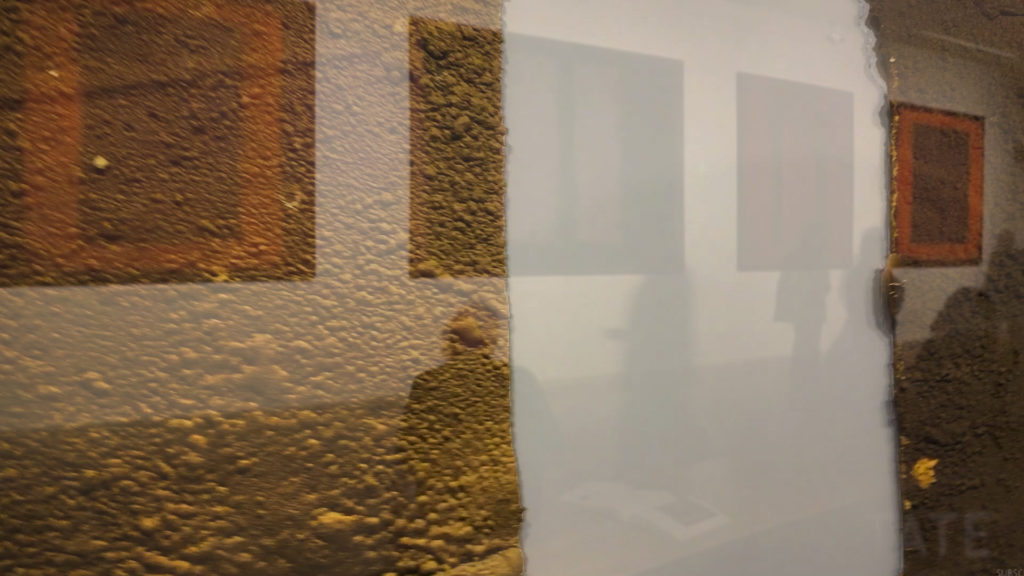 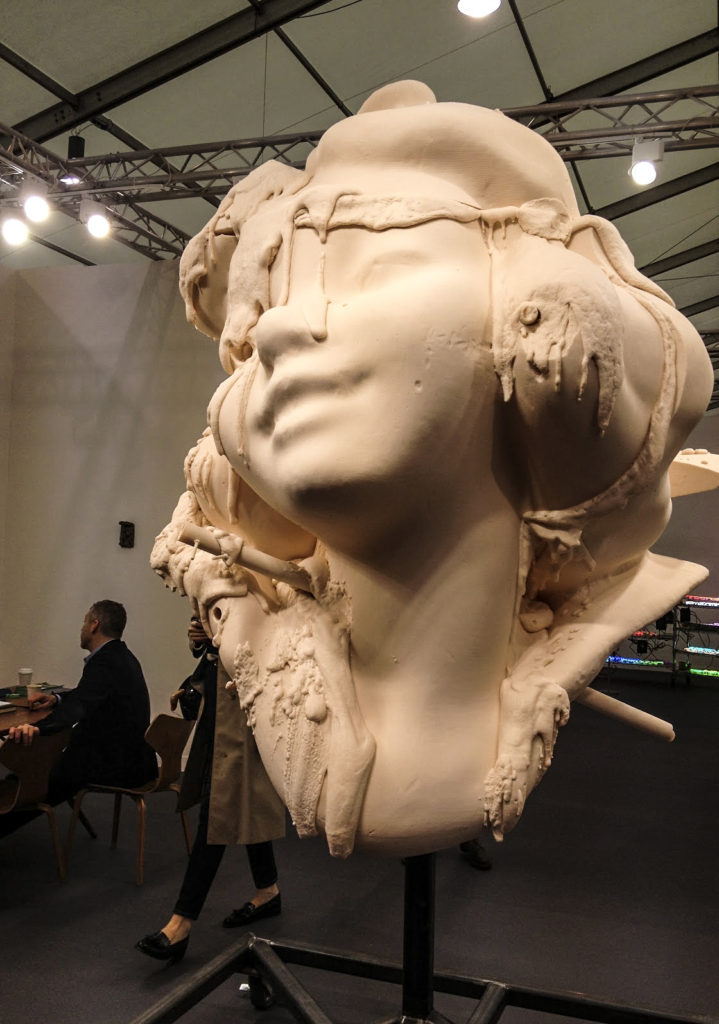 Snow White in the making 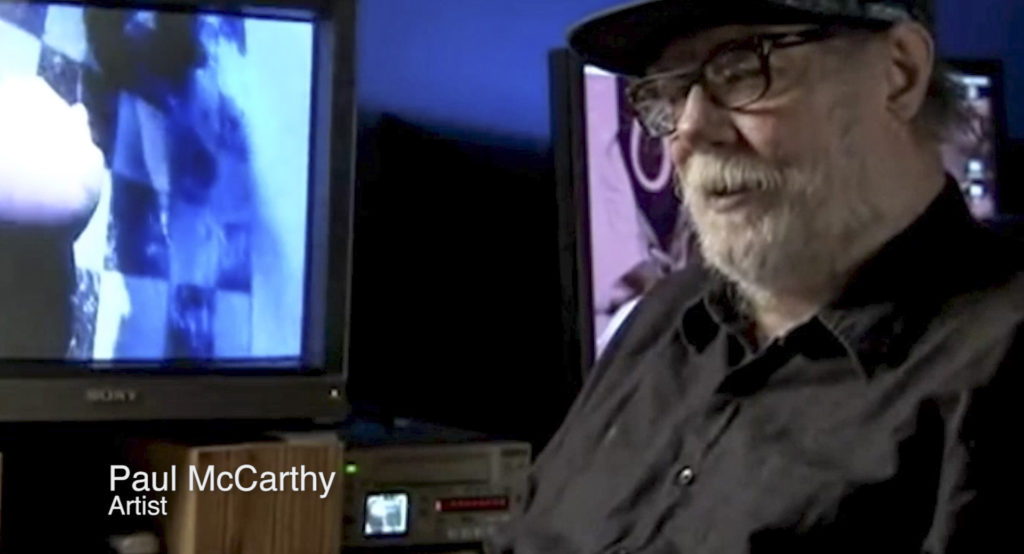